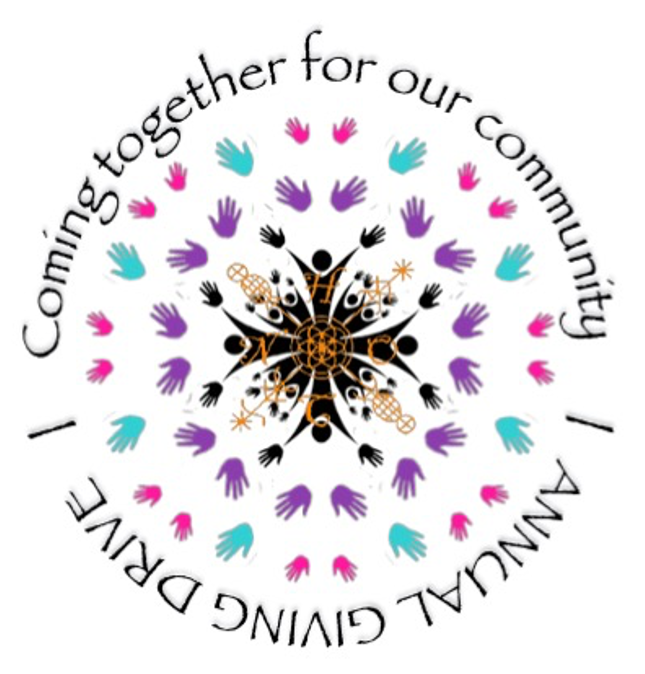 The New Orleans Healing Center greatly appreciates your generous donation to help us support our mission and vision of serving our community.

In its 39th year, La Source Ancienne Ounfo , a New Orleans based Vodou society, in partnership with the New Orleans Healing Center, will celebrate the Day of the Dead/Fet Gede with a Vodou ceremony to invoke the Gede. It is soothing and reassuring to know that our Dead are not gone, that we can come together in community to honor and visit with them. In return, our memory of the Dead keeps their spirits alive and present.

The Mexican Days of the Dead are the days at the end of October and the beginning of November, when the veil separating the Living and the Dead is most diffuse. The Dead come back to visit the living –children visit first, on Oct 31st, the familial adults on November 1st, and finally the unremembered Dead on November 3rd. It is the time of year when summer has ended and Nature is moving towards wintery death. In Mexico, elaborate displays transform graves into altars and thousands of candles illuminate the path between worlds and give warmth to the returning Dead. Tables are set up with food for the Dead and families picnic on top of graves all night.

The Days of the Dead coincide with “Fet Gede,” the festival for the Gede, a family of Haitian Vodou spirits, who are the patrons of the Dead. The entire month of November is dedicated to his celebrations in Haiti, but he is especially honored with ceremonies during the first days of the month. Death transforms from a manacing and fearful reaper, to a comically grotesque equalizer. Abandon your posturing if you want to avoid being the brunt of his ridicule. Gede is a trickster, who stands at the crossroads between life and death. Cocky, and crude, and often embarrassing, he is patron of death, sex, and regeneration. However, he is also the patron of young children and a great healer, when there is a life or death situation. His colors are purple, black and white and he characteristically wears a top hat and tails or grave-digger’s garb and sunglasses – often with only one lens — either because he sees between worlds or in reference to his “one-eyed snake”.

The traditional celebration and remembrance keeping will take place in the lobby of the New Orleans Healing Center. The event is free and open to the public.

Standing behind each of us is a long line of Ancestors who continue to love and guide us. In honoring the Dead, we embrace the meaning of our own lives and open space for generations yet to come.

There are no upcoming events at this time.